In this Academy Webinar our coach Floesoe will tell you all about technical poker knowledge.

In this Academy Webinar our coach Floesoe will tell you all about technical poker knowledge.
Write your awesome label here.

After registration you will receive an invite link for the Webinar in your inbox.

Don't worry, you can always return and login
to continue watching the recording later.

MID STAKES CASH GAME (500-2KNL)
Floesoe is also one of our former CFP students who made an insane progress while being under the wings of our Headcoach TheWakko. As he entered on 100NL, he now plays cash from 500 to 2KNL. Also, he regularly plays MTTs in which he had some very nice scores already. Floesoe is the perfect example of a coach who have followed the some road as you are on now. For sure, you'll learn a lot from him.

Who is this Webinar for

After joining the Academy you will.. 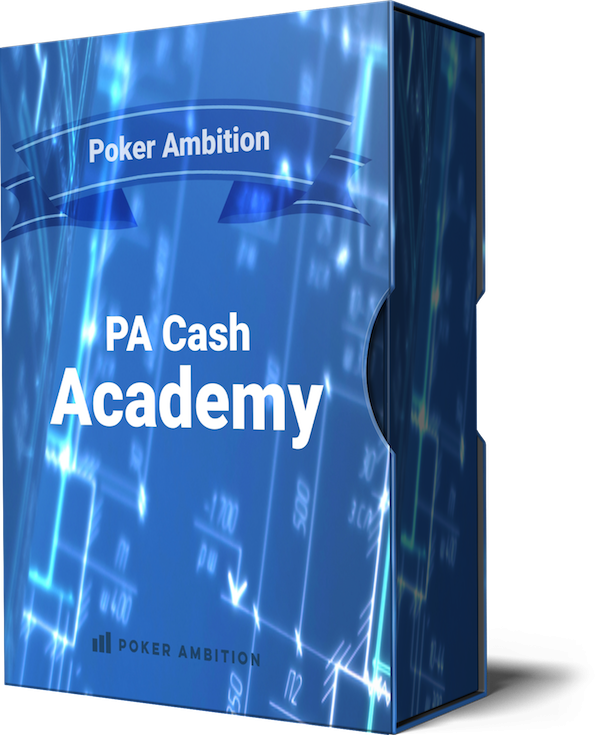 What types of poker does the Academy cover?

The provided poker content in the PA Academy will be mainly for Cash game players. We will provide knowledge in all areas: Technical, Mindset, Mental game & Performance and Soft skills & Management.

Why should I join the Poker Ambition Academy?

We’ve figured out exactly what you want and most importantly what you need to excel as an aspiring poker player. Often, we see a mismatch in this, resulting in mediocre courses and products. Joining the PA Academy is the perfect start to get in touch with our proven philosophy.

On top of that, every month we will also host our PA Academy homegames, in which you can win discounts and free access to the products of Poker Ambition and of our partners.

When are the live webinars and who will be hosting them?

Every week we will be hosting one live online session by one of our expert coaches.
One week the webinar will be given on Wednesday and the next week on Thursday, all of them at 18:00 CEST except the one from our Mindset & Performance coach Adam which will be at 14:00 CEST. The sessions will be recorded and can be watched in our online platform afterwards.

What if I miss a live webinar?

No worries at all. We will record all sessions and upload these within 48 hours to the online course environment.
Single purchased webinars will remain accessible forever, whereas the recordings for subscription plans remain available for one month.

Can I subscribe to the Academy in the middle of the month?

Yes, you can subscribe at any day of the month without missing content. From the moment your subscription starts you will get access to the latest recordings and, as long as you stay subscribed, to all upcoming webinars.

Can I try it before buying? Is there a trial period?

We don't offer a trial period for our Academy subscription. If you are in doubt about joining you can start without any commitment by enrolling to a single webinar.

How can I cancel my membership for the Academy?

Although we don't like to see you leaving, we find it important that you can easily cancel your subscription with us. Keep in mind that you need to cancel your membership before it will be automatically renewed. Depending on your subscription plan, this will be every month or every 3 months, on the date of purchase. Once you have cancelled your membership it will remain active until the end of the subscription period. The exact expiry date can always be found in ''Your Account''.

In our Support Center we explain step by step how to cancel the membership in your User Account.

What payment methods do you use?

For our Academy subscription plans we only accept Visa, Mastercard and American Express payments from customers worldwide. Every month the subscription fee will be automatically debited from your credit card.

For the single webinars we also offer payments via PayPal, iDeal and Sofort.

Go to this Webinar!